We are in the final weeks of the national Poor People’s Campaign, with an Illinois culmination in Chicago on June 18 and a national gathering in DC on June 23.  The Coordinating Committee for Illinois provide this report on last week’s event and foreshadows what’s coming.

Earlier this week, we rallied in front of the Governor’s Mansion which has been undergoing an expensive renovation for several years.  We set up a tent city that showed the harsh discrepancy between housing for the wealthy and housing for the poor.  Thanks to everyone who made it out to the Illinois Governors Mansion.

Speakers testified to the outrageous cost of housing.  In Illinois almost 10,800 people are homeless.  Working at the state minimum wage, it takes 101 hours of work per week to afford a 2-bedroom apartment. 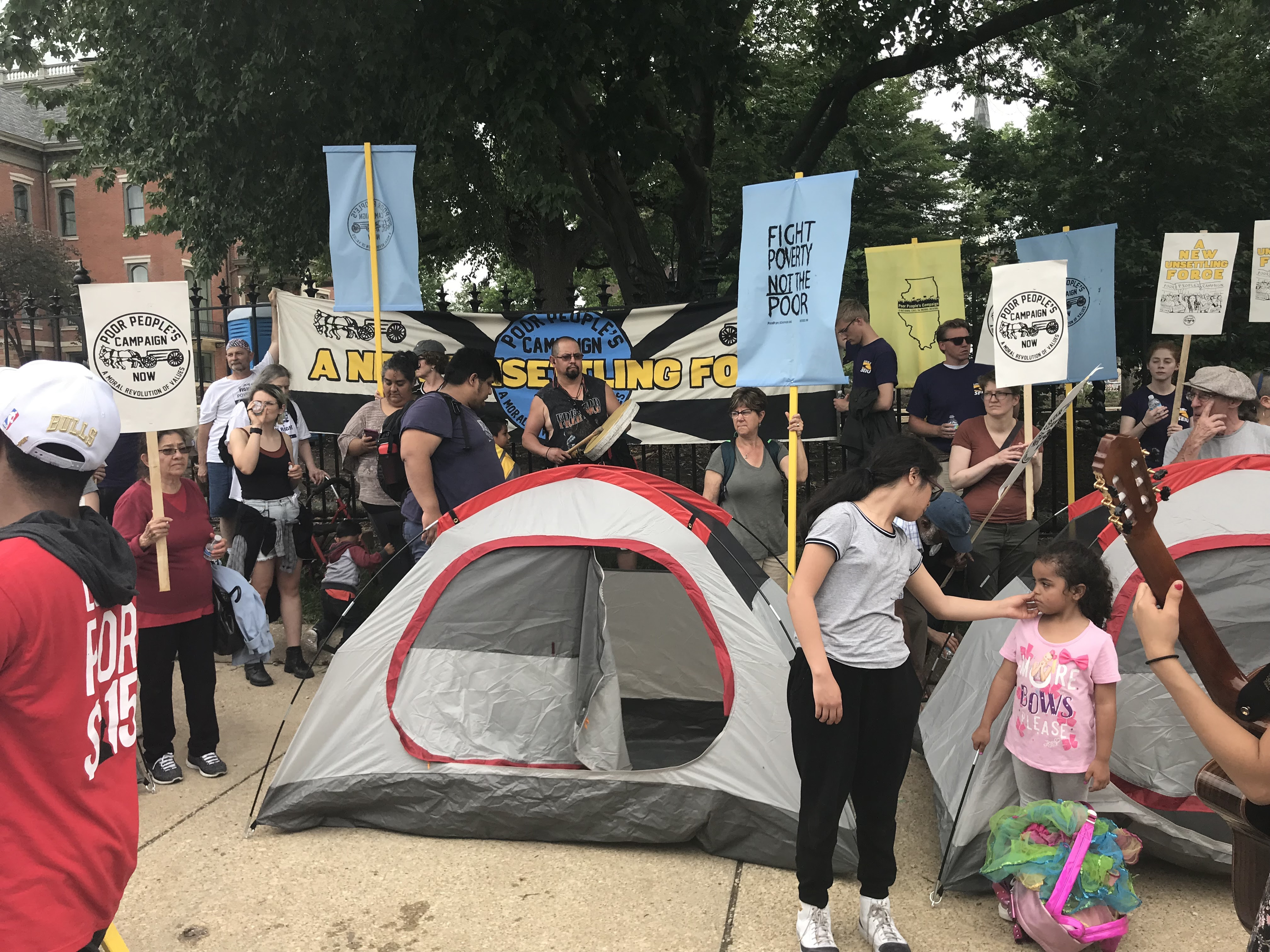 More than 100 of us demanded the right to a living wage, education and housing.  In Illinois, 2.3 million workers make under 15 dollars an hour.  That is 41% of Illinois’ workforce.  1.8 million people participate in the Supplemental Nutrition Assistance Program.  Everybody’s got a right to live! 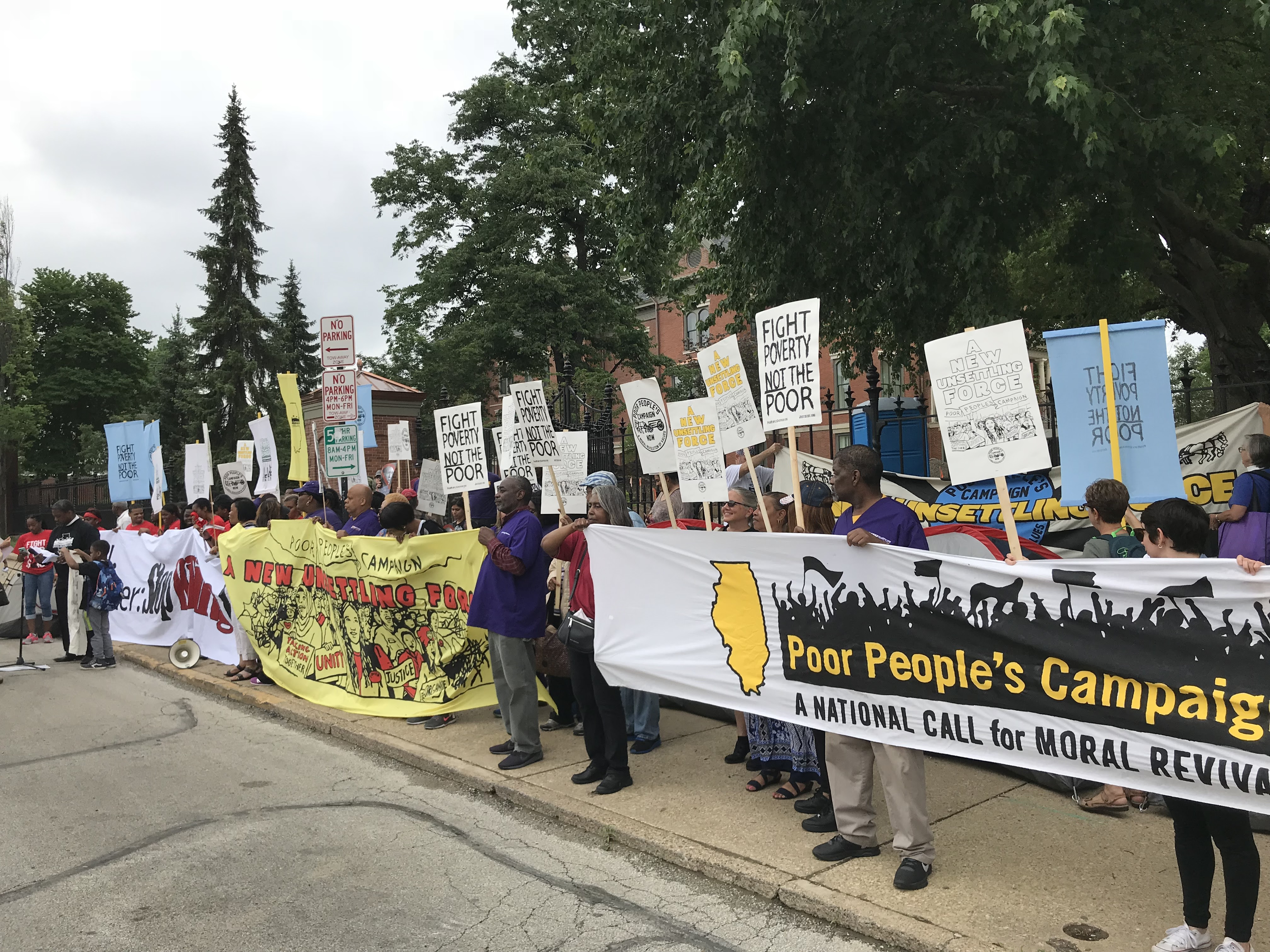 Next week, we’ll be tackling our Week Six theme, “A New and Unsettling Force:  Challenging Our Nation’s Distorted Moral Narrative” …….. in Chicago.  We will NOT be in Springfield next week. JOIN US at the Interfaith Moral Fusion Justice Revival at 6pm on June 18th.  There will be a Rally at 6pm, a March at 6:30pm, a Revival at Peoples Church at 7pm.  Sign up here.

Sat, June 23rd:  Stand Against Poverty, Mass Rally & Moral Revival in Wash, DC.  This is a CALL TO ACTION.  In the face of systemic racism, systemic poverty, ecological devastation, war economy/militarism, we must engage in mass power building in poor and low wealth communities declaring We Won’t Be Silent Anymore!!   Register here for June 23 rally.    RSVP here to sign up for bus seats and carpools to Washington, DC on June 23rd.

Hope to see you there.

Questions, suggestions or calendar submission?  Email us at: cup61820@gmail.com.

This is an active site covering a wide range of local and national events and information.